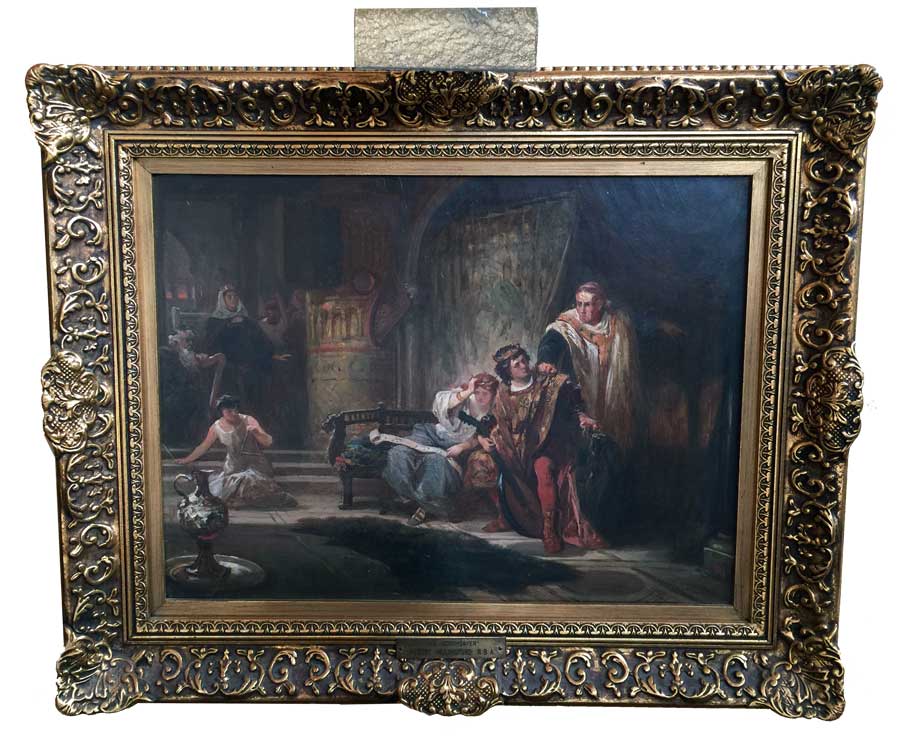 Oil on canvas by Robert Alexander Hillingford 1825-1904 entitled "The Soothsayer" signed with a monogram (lower right) He was born in London on 28 January 1828, and studied at the Kunstakademie Düsseldorf for five years beginning in 1841. He is associated with the Düsseldorf school of painting. He then traveled to Munich, Rome, Florence and Naples, where he married and worked for several years, producing paintings of Italian life. One painting from this period entitled "The Last Evening of the Carnival" was exhibited at St. Petersburg in 1859. He returned to London in 1864, and first exhibited at the Royal Academy in 1866; it was at this time that he began to work on historical subjects, especially of the Napoleonic Wars. He was a regular exhibitor at the Royal Academy, British Institution and at other galleries. While he was attracted to costume pieces such as "An incident in the early life of Louis XIV" and "During the wanderings of Charles Edward Stuart", he also painted some contemporary military scenes, including his 1901 RA painting South Africa, 1901 - The Dawn of Peace. He specialized in historical pictures, often battle scenes.